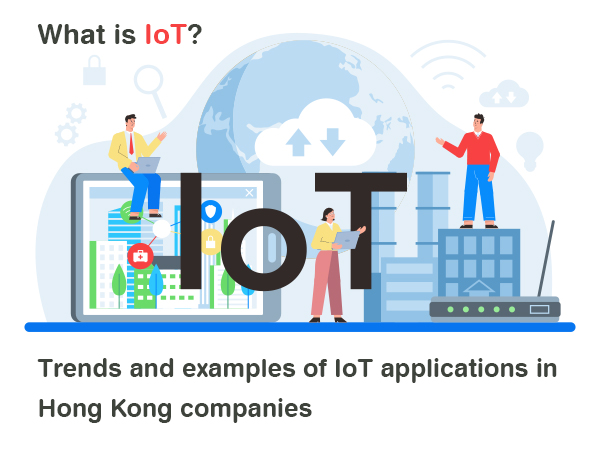 What is IoT? Trends and examples of IoT applications in Hong Kong companies

What exactly is the Internet of Things that has been rising quickly in recent years? How will it change our world and our lives? The following introduces the trend of IoT applications with examples of companies applying it, so that you can seize the opportunities in the growth period of IoT and embrace digital transformation.

Simply put, the Internet of Things is a collective networking technology that enables objects to communicate with each other, and between objects and the cloud. Although the concept of the IoT can be traced back to the 1980s, it has not been popularized due to insufficient technical level and high cost. Thanks to the rapid development of software and hardware used in information technology in recent years, the concept of the IoT has gradually been implemented. It can bring more convenience to human beings, complete work more efficiently, and achieve more tasks that were difficult to do in the past.

The future trend of IoT application

When it comes to the trend of the IoT application, everyone should immediately think of smart homes. The simplest ones are electric lights and electric water heaters with smart systems, which can control switches, brightness, and temperature through mobile applications. However, the scope of the IoT does not stop there. For example, devices such as smart watches can detect the wearer's biometric information, including body temperature, heart rate, etc. We can imagine that through the IoT, these information can be instantly transmitted to smart heating and air conditioning system which can automatically control the temperature according to the user's physiological state. Nowadays, large technology companies have developed smart home assistant devices, such as Amazon Alexa, Google Nest, Apple HomePod and Xiaomi Mi Home Gateway. It is believed that the application of the IoT in the home will be more popular and more functional.

In smart cars, in addition to providing various car and driving information, the car system on the IoT network is expected to eventually achieve autonomous driving in general. Cars on the road will be connected to each other and will be able to accurately perceive the position of other cars, predict the driving route, control speed and steering so that all cars can move smoothly on the road without wasting time stopping and slowing down.

In terms of smart cities, the IoT can constantly provide various status information for city managers and planners. For example, sensors connected to the cloud are installed in underground waterways to monitor the water level. Once the water level is too high or there are other abnormal conditions, the system will send an early warning message. Buildings and indoor spaces with the IoT can control the operation and power consumption of various facilities and equipment according to the users' usage, which is especially effective for energy conservation and carbon reduction. 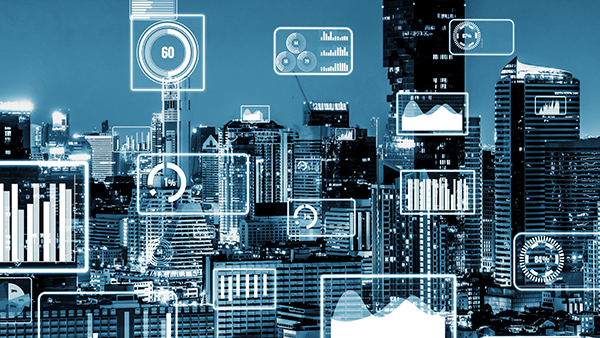 Our ReportNOW and rTag system can turn a space itself into an IoT object. rTags can be installed on different spaces and such space will become an object within an IoT network. rTag's built-in iBeacon technology has a similar wireless communication technology to Bluetooth, and can communicate with mobile phones with the ReportNOW application installed.

For instance, a company installs rTag on the entrance gate and connect it to the electronic door switch of the gate. When the staff holds a mobile phone with the ReportNOW application within a certain range set by the gate, the rTag will receive the signal sent by the mobile phone. It then notifies the electronic door switch to operate and automatically opens the door lock, performing as the function of the intelligent access control system. This is just one example of the company's application of the IoT. Through this new technology, we can have infinite possibilities to design more functions according to the needs of the industry and the venue, and improve the efficiency and competitiveness of enterprises.

Similarly, property management companies can apply IoT technology to help their operations by installing rTag devices in various locations or facilities of the property, such as lobbies, motor rooms, garbage rooms, pumps, etc., in order to turn them into IoT "objects". Property management personnel can describe and record the status of each location or facility "object" and upload it to the cloud. The entire operation is convenient and accurate. Property management personnel no longer have to bother with the procedures to merge the records of time, location, description and photos of events after each inspection.

If you want to implement a digital transformation plan for your business after learning about what the IoT is as well as the trends and examples of its applications, please contact our professional team at ISL and we will work out the most suitable solution for you .

For any enquiry, please send us a message: